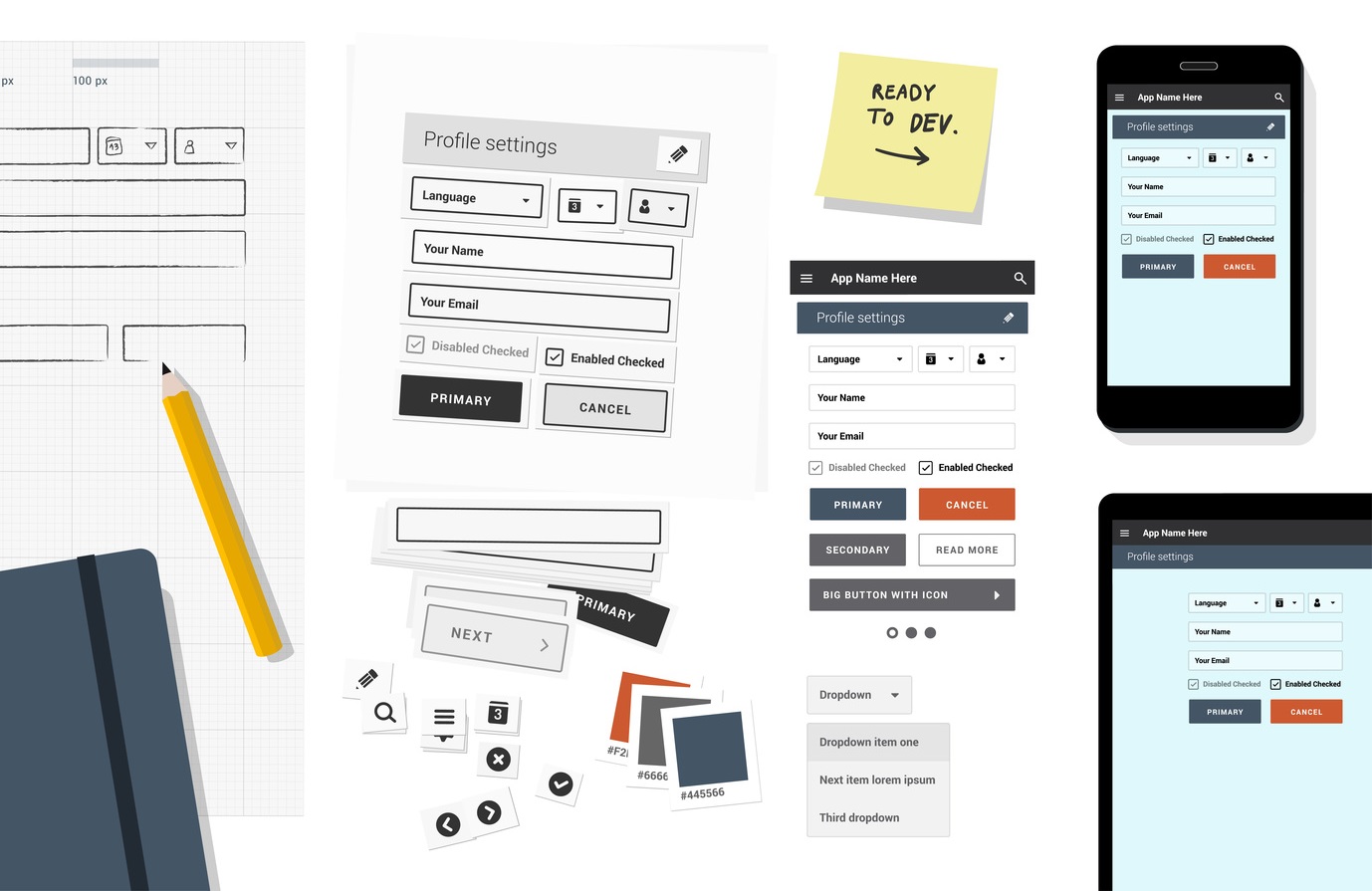 App Prototyping – A Look at an App Before it is Released

Designing a great app requires skill, but its success doesn’t lie simply in its design, development and marketing but rather its prototype. This...

Designing a great app requires skill, but its success doesn’t lie simply in its design, development and marketing but rather its prototype. This is the first stage of effective app design and development.

Prototyping an app before release is crucial because it provides a way to test general ideas of the app, meet customer requirements and enhance features.

Its necessary to state that mobile prototyping, unlike website prototyping, is a completely different phenomenon. Mobile prototypes are a new paradigm that requires a new approach with result-oriented and innovative tactics to deliver the most expected outcome.

In order to have an innovative outcome that works properly it is necessary to test and review the design of the app prior to release. This makes up part of the possible pitfalls idea.

App prototyping allows you to test an app’s dynamic pages as if it were released to the public. However, its a tedious process because it must be done carefully for every design stage.

This may sound traditional for app developement in the modern world, but sketching out ideas is still a common and respected practice within many mobile app development companies. The brainstorm of concepts, ideas, views, suggestions and recommendations are all sketched using a digital medium. These sketches give way to the complete content of the app which then helps structure the proposed plan. It also helps visualize the real app (features, functionalities, tasks, screens etc.) and remove any loopholes. However, since there aren’t any visuals yet this is the first step before prototyping can begin.

After digital sketching, prototyping starts with visuals from the wire frame. This is the first stage of prototyping done to generate a closer view of the real app. Wire framing makes the proposed app navigation clear and understandable. This step of prototyping is crucial since the user’s’ experience depends on how the app allows movement from one of its tabs to the other among other navigation functionalities.

Once, wire framing is complete, a more polished visual of the proposed app comes next with a mock-up. It should be understood that a mock-up isn’t for testing purposes. But rather it is just the actual presentation of the app proposal, but not the final version. This is so clients can better understand what to expect when the final version is ready.

The mock-up stage is of great importance because it is the simulation of the real app. Therefore, it should perfectly reflect the final interaction between the users and the interface.

Once satisfied with the mock-up, its time to put the energy and time into making it more active and functional. During this stage of prototyping developers will focus on each and every entity of the app in order to enhance its functionality and improve user experience. After all, it’s all about the users.

Before the app launches in the market, testing is a must within a range of 2 to 3 stages. Testing the individual components of the app during development and upon completion is always highly recommended by experts. Only careful, effective and stringent testing can eliminate bugs or errors and help make the app brilliant in its performance.

App prototyping makes it possible to build a beautiful and functional first version of an app without taking the risk of launching blindfolded. With prototypes you can get user reviews and feedback without having to release it on an app store.  It gives assurance to clients and developers that the app meets all the needs and preferences proposed.

Feel free to contact our mobile app development consultants to start on your prototype today! Our business is your solution.