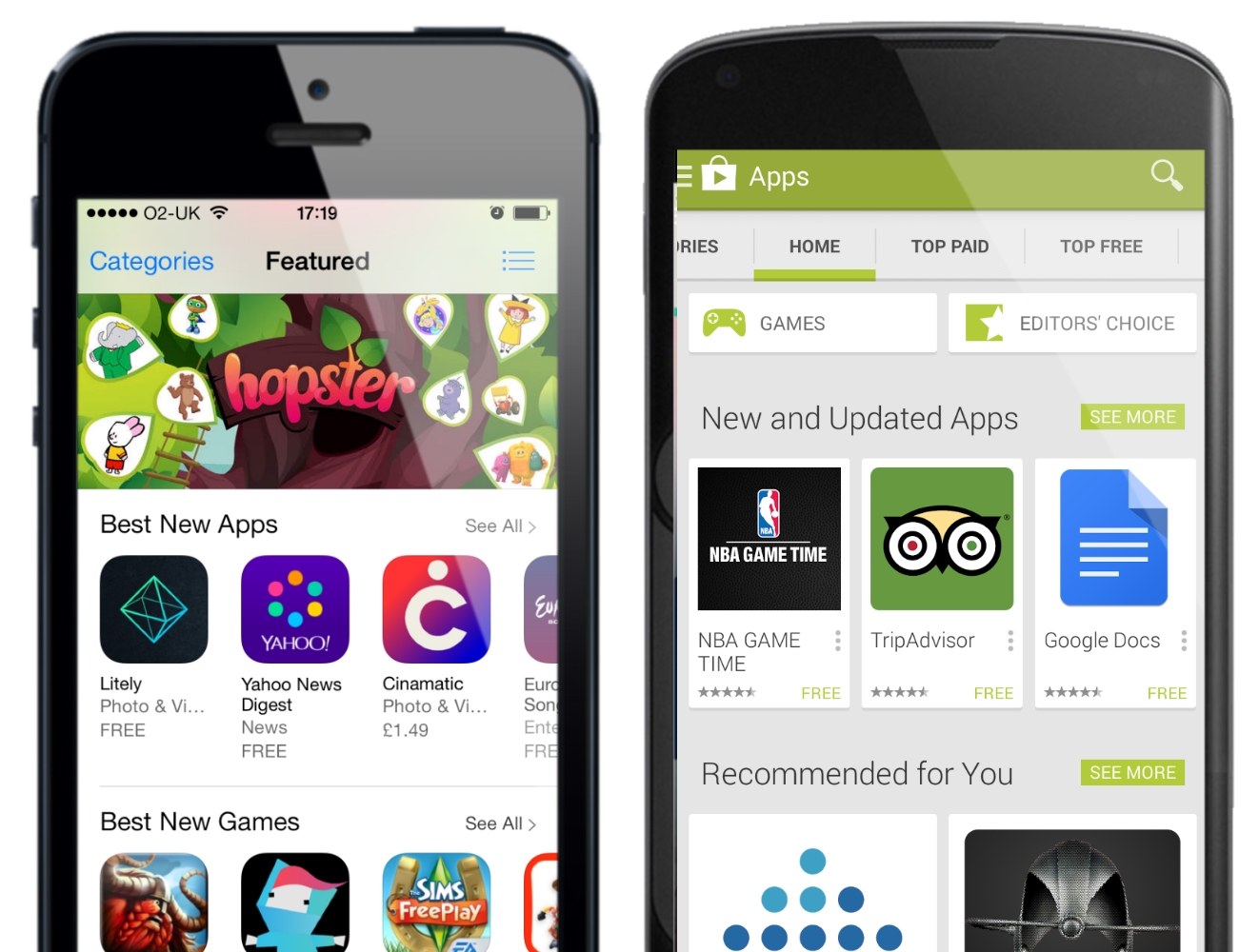 The App Store Market Within the last couple of years the growth of smartphones and smart mobile applications has risen steeply. Today, we can find an ...

Within the last couple of years the growth of smartphones and smart mobile applications has risen steeply. Today, we can find an app for virtually everything – Business, Education, Entertainment, Fashion, News, Online Shopping etc. The app store market is brimful of applications that mobile users can’t wait to download. Where they download the apps from is a different story.

There are various app stores that offer apps for users. Most of these apps are free whereas some are premium. There are many popular stores but the two big players in the market are Google Play Store (GPS) and the Apple Store. Other popular app stores are Blackberry App World, Amazon App Store, Dell Mobile Application, Samsung App Store, GetJar, Mobango, Nokia OVI Store, Windows Marketplace for Mobile among others. However, for the sake of looking at the main picture, lets focus on the two mega stores: Google Play and the Apple Store.

Google Play Store, in comparison to Apple Store is slightly more revered for the total number of downloads. Its hard to believe for some iPhone users, but yes, GPS boasts in the largest number of applications and downloads. If we look at the statistics then we can see that Google Play apps increased to almost 1 Million in 2013. This ultimately led to a greater increase in the beginning of 2016 to almost 2 million applications. As of June 2016 the number went up to about 2.2 million apps.

Ever since the release of the Google Play Store in 2008 there’s been an unbelievable growth in the number of app downloads across the globe. Apple’s App Store offers 2 million apps (as of today) and downloads come near to 130 billion. That sounds impressive, yet GPS had twice the number of downloads per app than the Apple Store. You’d think that would settle it, however in terms of money the Apple Store is far ahead leaving a 90% revenue gap.

When it comes to publication of the smart mob-applications on the site both sites have strict guidelines or fixed rules. Each of these leaders make sure that the applications that will be uploaded by users or developers is of the highest quality.

Each and every “app host” in the market has to grapple with the problems of low quality apps. Although, strict measures are enforced some flaws still creep into the process which can challenge an app store’s reputation. According to AppBrain Statistics, as of August 2016 both GPS and the Android App Marketplace have the best quality apps, but when it comes to low quality app, the Android App Market supersedes GPS. Of course, there can’t be a guarantee that low quality apps won’t make it to any app store. However, although download rates for such apps is surprisingly low in GPS, if we look at recent statistics from August 2015 to 2016 then it’s clear that there has been a great rise in low quality apps on the Google Play Store in comparison to the Android Store.

Now, what you perceive to be as dominant is up to interpretation. If you base it off the number of apps available and downloads then Google Play is far ahead. But if it is about the incoming revenue, then the Apple Store has GPS beat by a long shot. Still, app quality has to come into play, but how can one know what the good to bad ratio is for every app when there are so many in both stores. With that being said, we ask can there really be an app store champion? With both stores continuing to grow and develop at such a close scale there will always seem to be that question of which is better?

So stay connected with us to grab latest news on the mobile world, applications and mobile tech solutions.  Subscribe to our posts today or comment below on who you think is the App Store Champ.

If you are looking to make or enhance a mobile application then get in touch with us today. Become a part of the 2 million+ that already have their app ideas ready for download.