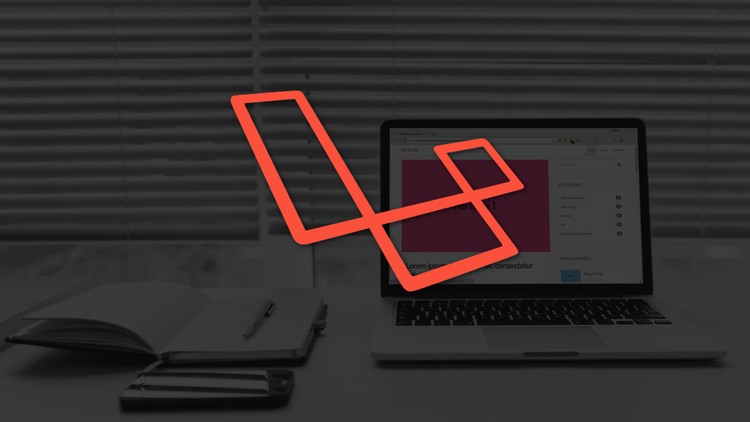 There was a time when Web App Development was viewed as a complex process made only for expert developers. But, as technology progresses new frameworks and applications are popping up today that make building your own app or website possible. Although many people believe that DIY development saves them time and money, that’s not always the case. There’s a reason why more web design and development companies are also popping up. Development requires much more than a builder, especially for dynamic web apps. Luckily, there now seems to be a happy medium with Laravel.

Laravel adds efficiency to web app development by making common tasks, such as authentication, automatic pagination, composing modules, routing system, testing, routing, sessions, and caching much simpler. It also aims to make the development process faster for the client while at the same time pleasant for the developer without sacrificing functionality.

There’s a reason we say that dynamic web apps require more work than your typical static web app or website. There are two types of web applications: Static and Dynamic.

Static Apps – show the same content to every visitor and lets them perform the same operation every time such as e-commerce and travel sites. Also, a static site is usually written in plain HTML and the code displays what the users will see.

Dynamic Apps – are more user specific and more complex to build when compared to a static web application. Dynamic web applications differ with every user similar to Social Media web apps. Unlike a static site, a dynamic site is written with server-side scripting languages such as PHP, ASP, JSP, or Coldfusion.

Although static apps do the trick sometimes, they aren’t always the best option. Especially when you want to give your users a personalized experience. However, they can be more expensive, but that’s the beauty of Laravel. As a strong framework, Laravel empowers web app developers with speed, improved scalability and multiple tools. This way they can build complex web apps much faster, efficiently and at a better price.

You can opt for a dynamic app that will work and facilitate business operations without having to take matters into your own hands. DIY builders can only take you so far with simple HTML and scripting languages might be too much of a headache to take on without some help. This is when hiring professional developers sounds like a good idea, but hiring for a lower price sounds even better and that’s what Laravel offers you.

How exactly? This is how…

Laravel is equipped with numerous templates useful for joining enticing layouts with dynamic content. With JavaScript and CSS coding, any theme can be altered without affecting the other integral parts. This is perfect for developing a web application with a simple layout and three or four sections (or as many as you want).

For any web app developer, the command line can be a powerful tool. With Laravel, developers have the option of using the Artisan command line in multiple ways for different tasks and environments. Artisan makes development less straining because it performs the programming tasks that most developers try to avoid in addition to building their own custom commands. Developers can also send MVC files for easy asset management with a focus on their configurations.

Any PHP expert can quickly acknowledge that coding through Laravel is much easier. With just a few clicks, the entire app structure can change to suit client requirements. Instead of struggling with SQL codes, developers can publish database queries with the help of PHP syntax. They can even keep all SQL codes in customized model files and view or add them to the app development stages anytime as required.

This is all thanks to the Object Relational Mapping (ORM) included with Laravel that provides a simple ActiveRecord implementation for working with your database. Plus, no other PHP framework has Object Oriented libraries that include features such as Cross-Site Request Forgery Protection, Encryption, Bcrypt Hashing and Password Reset.

Often, with other frameworks, customizing an application once it’s ready proves to be a difficult task. Lack of customization features makes businesses reinvest on updating their app or develop a whole new app in order to meet current business requirements.

One of the greatest features of Laravel comes with its unit testing. With it you can conduct numerous tests to ensure that any changes or customizations done by the developers don’t mess with your app’s structure. You can even write your own code as part of unit testing which adds to the benefits of this framework.

Since, Laravel is embedded with the latest protection tools from injections and XSS attacks it automatically makes everyone happy. Developers save time on coding the app for the security. While you, the client, can feel safe about your web app after development. App security has always been a high risk issue in development, but now we can say that Laravel just improved that and more.

Get In On the Action!

Laravel may be young, but it has major potential to be a web app development powerhouse. It will only be a matter of time until it becomes the next big thing and it might actually stick. You can’t get what Laravel offers from any other framework out there so we suggest you get in on it. Take your business to the next level and enjoy the benefits of new and improved technology while it’s still young.

Iblesoft is a development company through and through, that means our developers adapt to the ever changing technologies. We do this because we build our business around your business. Laravel could really offer you everything you are looking for to build your Web Application. So don’t hesitate.

Contact our Web Application Development Consultants or get a head start and Get in Touch with Us!

Our business… is your solution.